International glimpses of Finnish trans activism in the 1990s 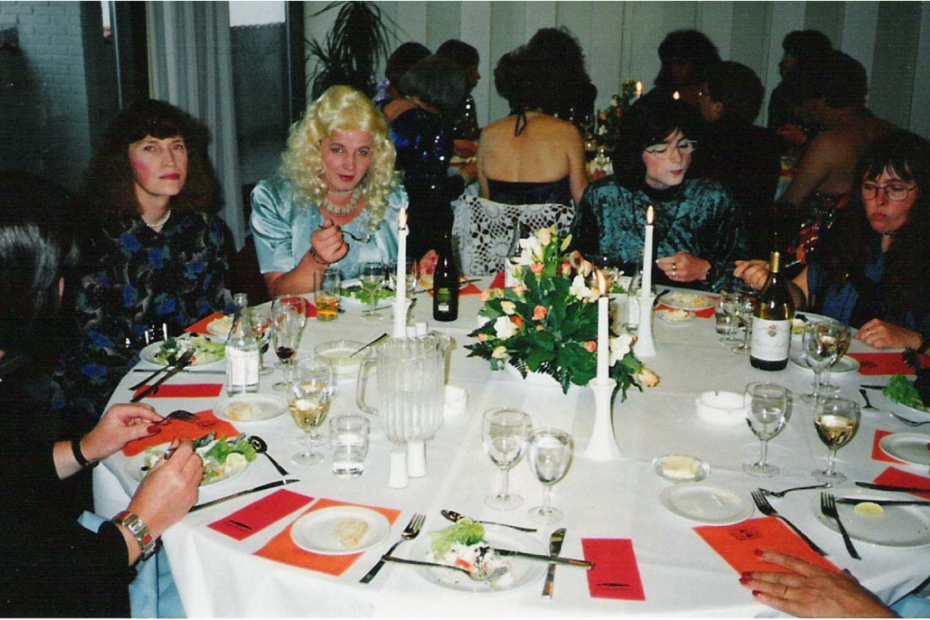 “There were surprises, too. There was a group from Finland, and prior to this meeting, few people outside that country knew that there was any support organization for TV and TS in Finland.”*

The quote above was published in TV-TS Tapestry issue 65/1993 in an article discussing a European transgender and crossdresser conference organized in Denmark at the beginning of the 1990s. TV-TS Tapestry, later known also as Tapestry or Transgender Tapestry, was a magazine about transgender issues published from 1979 to 2008. It started as a newsletter of a Boston-based crossdresser club named Tiffany Club and later it was published under the organization’s new name, International Foundation for Gender Education (IFGE).

The conference described in the article aimed to bring together European transgender and crossdresser associations and to establish links between them. Most of the participants in the meeting were from Europe, the US, and Australia. However, to the writer’s surprise, members from a newly founded Finnish transvestite** group had also attended the meeting. In this article, I discuss who those activists mentioned in TV-TS Tapestry were and what their presence in the meeting tells us about the international scope of the Finnish trans activism in the 1990s.

Dreamwear Club – a national or an international association?

As the international history of trans activism originating from Finland has barely been researched, Dreamwear Club has usually been examined only from the national perspective. However, my research has proven that Dreamwear Club had international connections, and the association sought to cooperate with foreign groups to develop the Finnish transgender field. The meeting in Denmark, for instance, is one piece of evidence for this goal: The activists described in TV-TS Tapestry were members from both Dreamwear Club and Seta (a Finnish human rights and LGBTI advocacy organization). They had traveled to the meeting through Sweden, where they became acquainted with the local transgender associations and formed relationships with Swedish activists. The purpose of their trip was to build relationships with international organizations and to acquire models for organizing transgender and transvestite activity in Finland. Seeking models of action from abroad was important for the development of the Finnish transgender community, since the activists of Dreamwear Club felt that the Finnish transgender community could not, at that point in the 1990s, be described as a full-fledged “community”.

Prior to 1990s there had been a couple of smaller local transvestite and transgender groups in Finland. For instance, a transvestite club named Jasmin Club, also known as Jasmiini-kerho, organized meetings in Keskusteluseura Psyke’s (an association for sexual and gender minorities that e.g. held social events in the 1970s and 1980s) club room. According to the activists of Dreamwear Club, building a united community in Finland was challenging, due to the arguments between transgender and transvestite groups about gender diversity.

I argued in my MA thesis that the visit to Denmark with the activists of Seta was beneficial to Dreamwear Club and the formation of the Finnish transgender community. The seminars of the Danish conference provided inspiration for Dreamwear Club and Seta to organize events together with Trasek for gender minorities in Finland from 1994 onwards. Working together in organizing the events brought transgender and transvestite groups closer to each other. According to the activists of Dreamwear Club, cooperating made the groups realize that Finnish gender minorities had common interests in making Finland a better place to live for all trans people, even though the group members might have had disagreements on a personal level.

British and American transgender magazines – a link to a larger community

The fact that the activists of Dreamwear Club knew about the meeting in Denmark is an indicator of the group’s international goals. The members of Dreamwear Club received information about international transgender affairs through British and American transgender magazines, which could be ordered through the club for a fee. For instance, the club distributed magazines like the British Rose’s Repartee, published by Martine Rose’s Rose’s House association (and printed later in Finland), and the American TV-TS Tapestry.

These magazines provided more information to English-speaking members and helped them to get a sense of the larger community beyond Finland’s borders. For instance, since writing letters was still common among the members of the club at the beginning of the 1990s, a member of Dreamwear Club could have reached out to an American or British transgender person through advertisements for correspondence which were published in the foreign magazines. TV-TS Tapestry also granted space for Dreamwear Club and Seta to inform American associations about events in Finland, and Dreamwear Club’s contact info was listed in the magazine’s catalog for international transgender associations for instance in issues 67/1994 and 78/1996.

Observing the activities of foreign transgender associations may have resulted in similar activities compared to the British and American associations. For example, Dreamwear Club’s custom of providing a dressing room to its members and organizing “coffee evenings” (kahvi-ilta) was quite similar to Rose’s House’s customs at the beginning of the 1980s, when Martine Rose founded the association as a safe place for crossdressers to meet each other. Furthermore, my research also proved that some members of Dreamwear Club had personal connections to Rose’s House. However, the impacts of these connections should be further researched.

Jean Lukkarinen (they/them) has a MA in Cultural History and they have specialized in the history of Finnish gender minorities in their studies.

* TV and TS were commonly used as an abbreviation for the terms transvestite and transgender in the 1990s and the early 2000s.

Relevant texts in the online journal: